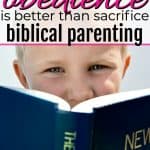 King Saul really messed up. He had a task. One ordered by God. He was to destroy the Amalekites. All of them. He didn’t do it. “Obedience is better than sacrifice, and to listen than the fat of ” Samuel told him.

Then the Prophet Samuel delivered the bad news, “You have rejected the word of the Lord, (so) he has also rejected you from being king.” Can you see the warning to parents in this scripture?

this blog occasionally uses affiliate links and I will be compensated if you purchase after clicking on my links, at no extra cost to you. read the full disclosure here

Throughout 1 Samuel 15, we’re given the play-by-play of King Saul’s quest of the Amalekites. First, God had used the Prophet Samuel to deliver clear instructions regarding the destruction of the Amalekites. Second, Saul didn’t do it. Third, Saul lost everything. His kingdom, his throne, and his authority.

Let’s back up a bit and look at 1 Samuel chapter 15 just a bit closer, so we can more clearly understand how obedience is better than a sacrifice in parenting too.

In 1 Samuel 15:14 Samuel calls King Saul out on the carpet. He rebukes King Saul for keeping flocks after a victory of war. God had instructed Saul to destroy the entire nation, but he spared the king and the livestock because he feared the people.

Samuel told King Saul in 1 Samuel 15:17, “Though you are little in your own eyes, are you not the head of the tribes of Israel? The Lord appointed YOU king over Israel. The lord sent YOU on a mission.”

Samuel then sheds some much-needed light on both our authority as parents and the truth about scriptural obedience. Learn more about biblical parenting here.

Our Authority as Parents and the Truth About Scriptural O.

While liberally passing out grace, hand over fist, we need not forget, “to obey is better than sacrifice, and to listen than the fat of rams.” 1 Samuel 15:22

God gave Saul a very clear and important instruction. Saul chose to operate in fear of the people and obeyed their voices instead of God’s.

King Saul fell into the same trap so many moms find themselves falling into today. The trap of the fear of , fear of what people will say, fear of parenting failure, and the fear of not getting it right. Read more about parenting fear here.

The trap of fear, period.

Saul’s consequences?? He lost his kingdom. He was stripped of his throne. He lost all authority.

Can you see the parallel?

Dr. James Dobson says something to the effect of, “If you have a child, I’ll teach you how to raise him. If you have a teenager, I’ll pray for you.” (Shelley’s paraphrase)

Dr. Dobson’s point and King Saul’s mistake are one in the same.

Saul thought maybe he knew what he was doing. Maybe keeping the best of the livestock to sacrifice was a good call. Maybe he could offer them up as a sacrifice.

What Does Obedience is Better Than Sacrifice Mean?

Obedience is submission to authority. Authority is present variously through all walks of life, for the good of all humankind. It’s necessary.

Lack of obedience in the workplace is insubordination.

Lack of obedience in children is rebellion.

Lack of obedience to God is sin.

Obedience isn’t a bad word. It’s not mean, repressive, or ugly. It’s meant to protect, lead, and love so long as the heart of the authority is such.

What is the Importance of Obedience in Parenting?

Christian and non-Christian parents alike can see the importance of obedience in parenting anytime their child darts away from them in a crowded parking lot.

It’s not difficult to see the importance of obedience in parenting when a child is being disrespectful, sassy, mean, or defiant.

However, what’s crucial is to be able to understand the importance of obedience in parenting long before these problems arise, so a culture of obedience is established to prevent such behavior.

Because God often emphasizes and reminds His people repeatedly of the truth He wants us to understand, let’s look at a handful of other places in scripture where we’re taught about obedience.

1. Deuteronomy 4:1 “And now, O Israel, listen to the states and the rules that I am teaching you, and do them, that you may live, and go in and take possession of the land that the Lord, the God of your fathers, is giving you.”

God wants good things for His people. Much the same, we want good things for our children. We are older and wiser for a reason. Our rules are there to protect, lead, and bless. Therefore, we provide rules to accomplish this.

In this scripture, the Apostle Paul is referring to Adam’s disobedience and Jesus subsequent obedience to go to the cross. What I like to remind myself is that Jesus asked God to “take this cup from me” in Luke 22:42.

Obedience certainly isn’t always easy and our children may not always hop right up and do something difficult without resistance. Obedience measured by the final outcome.

3. Philemon 1:21 “Confident of your obedience, I write to you, knowing that you will do more than I say.”

Paul trusted the obedience of Philemon to forgive Onesimus. Not only did he trust it, he believed Philemon would go above and beyond the call of obedience, showing us a pattern of obedience builds a reputation of trust.

4. Hebrews 5:8 “Although he was a son, he learned obedience through what he suffered.”

Obedience is like a muscle that can be made stronger through practice. In this scripture, we’re once again shown Jesus’ obedience as he suffered in the garden shortly before his crucifixion.

5. 1 Peter 1:22 “Having purified your souls by your obedience to the truth for a sincere brotherly love, love one another earnestly from a pure heart…”

Obedience has a purification quality. As our children practice their obedience muscle and building character and a good reputation accordingly, they become more so purified through Christ.

The Practical Benefits of Teaching Kids Obedience is Better Than Sacrifice

Thanks to a former parttime job, my husband has high-level security training. He is skilled in picking out suspicious indicators in a crowd.

Therefore, when we are out and about and he says to drop what we’re doing and head to the car… we do it! The children never question why or fuss about the instruction.

They know everything daddy instructs them to do is for their own well-being and so they respond obediently. They are kept safe because of it.

When you take the time to train obedience, obedience isn’t the reward. The improved relationship, more joyful time together, additional time to enjoy each other, and the strengthened family unity is the reward!

My family sits down to play a family game most nights of the week. We laugh, enjoy each other, and cultivate our family culture.

This is possible largely in part due to the mutual understanding we all have of the necessity to follow the rules with obedience. Not only the rules of the game but the rules of conduct.

Treat each other with loving respect. Encourage with our words. Edify. Speak life. Play fair. Be kind.

When the whole family is operating in one obedient accord there is far greater family unity.

I begin chore training quite young. First-time obedience is expected. This way of life over the past decade has resulted in children who can take care of the house when I am sick, cook for themselves if necessary, and bless my socks off every time they do.

Likewise, we have a standard of behavior between siblings. Consequently, the kids know how to treat one another, can count on each other to defend, and make each other’s well-being a priority.

As a result, they’re strengthened because of it.

Recently I was driving down our winding road when a male teenage driver crossed far over the yellow line coming around a turn. He was headed straight at me and my children and had to swerve to get back in his own lane.

Had his parents expected first-time obedience throughout his life? Did they consider his reputation and character before handing him the keys to a twoton vehicle that can kill others if not used OBEDIENTLY?

I don’t know. Maybe they had and it was a fluke. Maybe not. Perhaps he was given the keys because of some loose societal norm that doesn’t fully understand the necessity of obedience for valuable life skills.

Possibly he was given keys to a car without the understanding that staying between the yellow lines must be followed with absolute obedience, or innocent people may pay with their lives.

Obedience is Better Than Sacrifice but Whose Responsibility is it?

Finally, the task of teaching obedience falls squarely on your shoulders, Mama! No one loves your child as you do. You were created for your child and your child for you.

Therefore, no one will care more about parenting obediently to God and teaching your child obedience to you, than you! 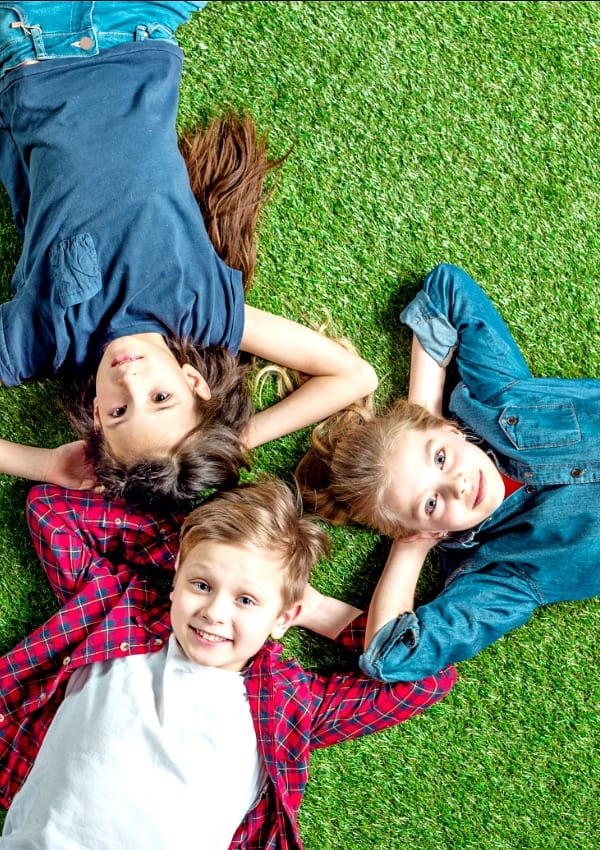 As my children have grown, it’s been so fun to watch each of them adapt, customize, and personalize their lives. As I observe their plain-to-see individuality, I witness the real-life application of some of the most insightful parenting research on child temperament types that I’ve ever read. this blog occasionally uses affiliate links and I… 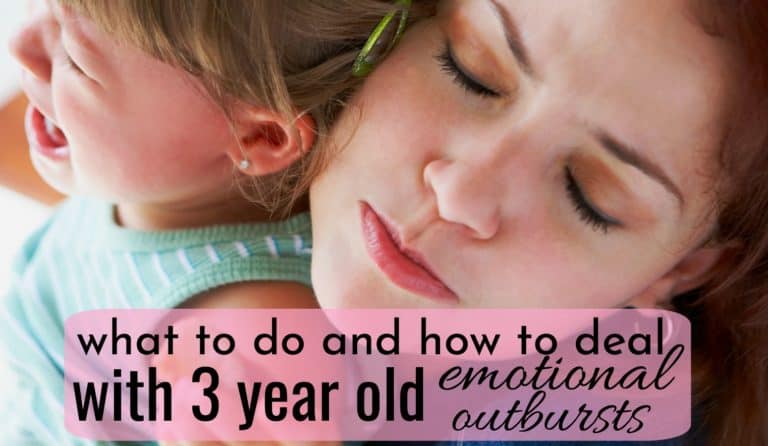 Recently, my youngest son has been a little extra emotional. I caught myself looking at him the other day, thinking, “what in the world is up with you lately?” Then I remembered…. Oh Ya! He’s 3! Correctly dealing with 3-year-old emotional outbursts can mean all the difference between correcting bad behavior or perpetuating it. While… 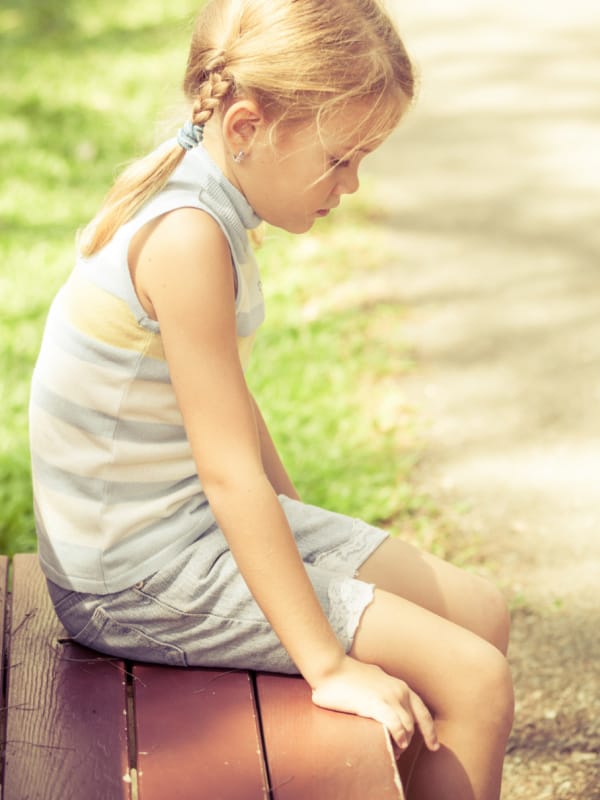 “What? They go to bed at 7? Holy %#&$, y’all are strict parents!” 🙄 One thing is for sure… the vast majority of parenting criticism I have received has come from the lips of my own family members. Long live the black sheep. What Strict Parents Description Fits You? Conventionally defined strict parents are considered…

Since I focus a lot on child training and the understanding that the sooner you begin intentionally raising good kids the better, many readers ask, “When should I begin disciplining, correcting, and training my baby?” Knowing when to start disciplining a baby and how to make child training effective in the early years is one…

The word of God is an armory of spiritual ammunition. Jeremiah 1:12 says, “… I am watching and I will certainly carry out my plans.” Scriptures on parenting provide Christian parents with the Truth, skills, knowledge, and promises they need to raise children who are a light to a fallen world and will someday be… 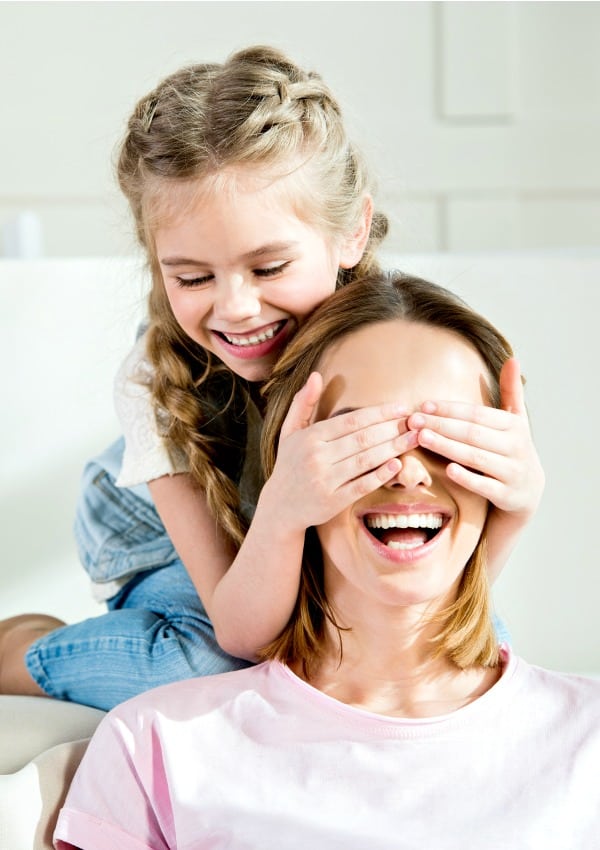