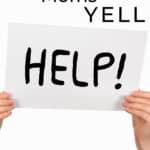 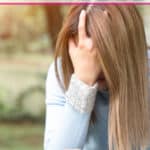 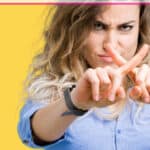 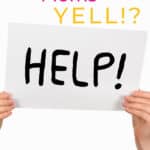 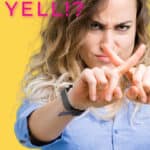 Though her tone dripped with accusation, I sensed a compliment buried somewhere in her question. I knew she wanted to talk about why moms yell, but those conversations can go sideways real quick. I took a deep breath, whispered a prayer, and stepped lightly through the exchange. “You probably don’t ever yell, do you?”

How Did This Happen?

Somewhere between pregnancy and these words, a habit formed. A parenting pattern sprouted, then grew, then dug itself in like a tick.

Some time ago, a mom got frustrated. A child misbehaved, and, in the moment, mom forgot or perhaps never knew how to handle it, and anger prevailed. The child’s bad behavior, having never been corrected, happened again and again and again until it became a habit. Mom’s poor response, having not been appropriately addressed and intentionally altered, became a habit. Now both mother and child are a broken record of hurtful habits.

After over a decade of working with moms, the #1 most common reason why a mom yells is due to her child’s behavior. Though that in no way justifies the yelling, it shines a white-hot light on the key to most moms changing their yelling patterns.

You should just know how to parent perfectly, right? Raising children is the most significant assignment any human can be given. Nothing adults do today truly matters without children to carry the torch. Yet, moms mistakenly think they should know all the things without someone teaching them. (Hint: that’s not biblical Titus 2:4) Unreasonable expectations placed on your children, your spouse, others, and of your time also play a role.

Throughout scripture, we are reminded of God’s orderly character. Six days of Creation and a day designated to rest. The numbered hairs on our heads. Entire portions of the Old Testament are meant to provide instruction, structure, and order. Without order, moms are setting themselves up for trouble.

The mean mom that lurks within is fueled by toxicity and fed by a destructive parenting “wine mom” culture. This culture wants us all at the bottom. Wallowing in the mud of motherhood instead of rejoicing at the top of the mountain where God has immeasurably more for us than we can ask or imagine.

Every day I get emails from moms who want better for their kids. Without the proper coaching, restlessness turns straight to frustration which manifests as anger.

Something needs to be done. But what? That is the question, and unfortunately, that’s as far as we get sometimes. Great kids aren’t born; they’re raised. Moms often yell because they don’t have an effective parenting strategy. We need a plan to raise them well on purpose.

Moms Yell Because They lack This

God tells us in the Bible that He has immeasurably more for us than we can imagine. Motherhood not excluded.

But we have to climb the mountain for it.

Are our children worth the climb?

What is our responsibility to them?

What is our responsibility to God for them?

Yelling Stops When You Allow this to Change You

When yelling is the norm, life needs a slam on the brakes. An uncomfortable interruption. A screechy pause button. A jolting stop.

Something that so starkly interferes, it throws you off balance and forces you to move to catch your balance. A break in the cycle.

Imagine God’s mighty hand stretched down from the sky and handing you a beautiful glass heart. He then audible spoke, “This beautiful glass heart is most precious to me. My Kingdom is full of these glass hearts, and I want you to have this one. Guard it, nurture it, enjoy its beauty, share the story of how I gave you such a gift, and care for it as I’ve instructed until I bring it back into my Kingdom.

Psalms 127:3 says, “Children are a heritage from the LORD.” The last time I checked, I found roughly 75 times the word heritage used in the New King James. When we see the word heritage in scripture, it refers to that which is a gift given straight from God. He divinely formed them from conception. Specifically for His will and purpose and with us as their moms in mind. We choose our spouses. Our children, however, are handed to us as a most valuable gift we are commanded to steward well.

Be washed in this truth. God created you on purpose and for a purpose, not the least of which is to be responsible for the upbringing of those small people in your charge.

Internalizing this changes everything. No longer is anger and yelling laughable meme fodder.

Moms yell because they don’t know what else to do. Start here.

Lastly, moms yell because other moms haven’t done their part. Bad examples outnumber good examples 9 to 1. Memes take the place of healthy instruction. And Facebook has sadly become the go-to place for advice and it’s distracting at best and dangerous at worst. Titus 2:4

“No,” I told her. “I don’t yell. But I have yelled.” Mistakes don’t define us. Patterns of behavior do. We all slip up once in a while. The precious hearts God entrusted to us deserve our best efforts. I believe you have a place at the top of motherhood mountain. 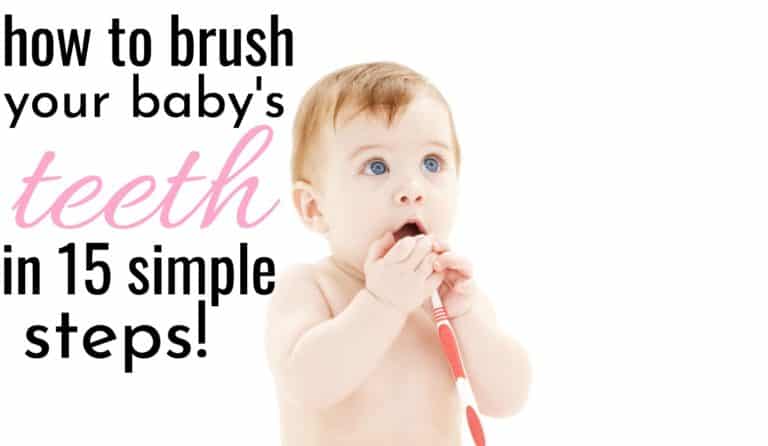 Today is important. We’re going to talk about how to brush a baby’s teeth. During my four years in Pediatric Dentistry, I regularly saw many babies as young as 18 months who needed extensive dental surgery. Surgery that required general sedation. I want to tell you how to prevent that because I don’t want your… 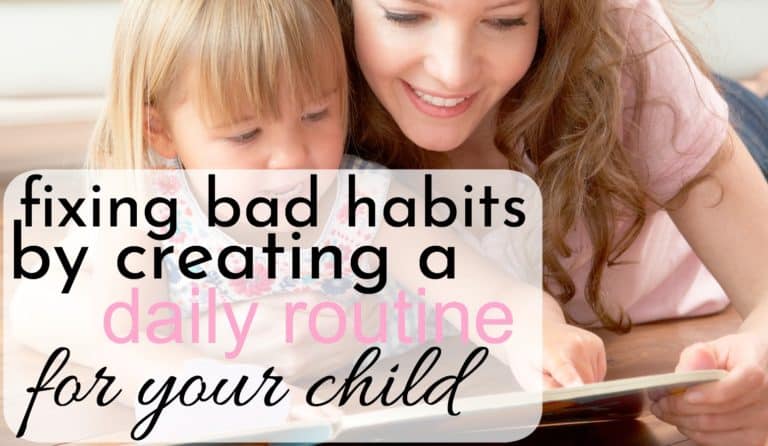 Time has flown by, but, it’s time to start thinking about how we’re going to get everyone back on track with a daily routine for toddlers. Too much screen time and lazy cooking have made for some less-than-stellar habits over the summer… but it’s time to fix it with a new, healthy daily routine for… 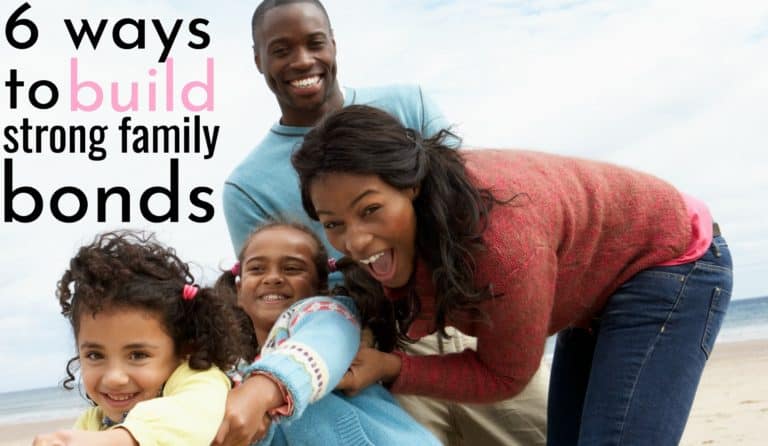 Accomplishing a strong family doesn’t happen by accident. How your family looks 10, 15, and 20 years down the road is the result of the work you’re putting in right now. You’re doing such a great job with your child. I want you to know how to build a strong family unit because all your… 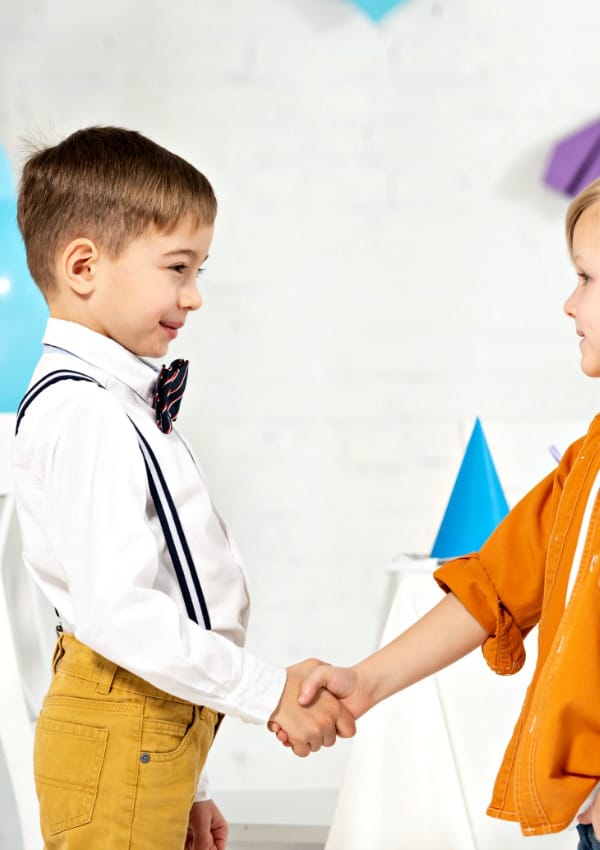 I hope you’ll teach your child how to hammer a nail into a piece of wood or how to comparison shop. In fact, there are a lot of practical skills that would benefit your child, and I hope that you’ll take the time to teach your child as many of them as possible! But, today,…

What comes to mind when you hear the term “child training?” Words like obedience, sleep, potty, and manners are likely what you think of. Or you may even get a picture in your head of teaching a dog to sit. Good boy! No, No, No… Here’s the truth: Child training is one of the most… 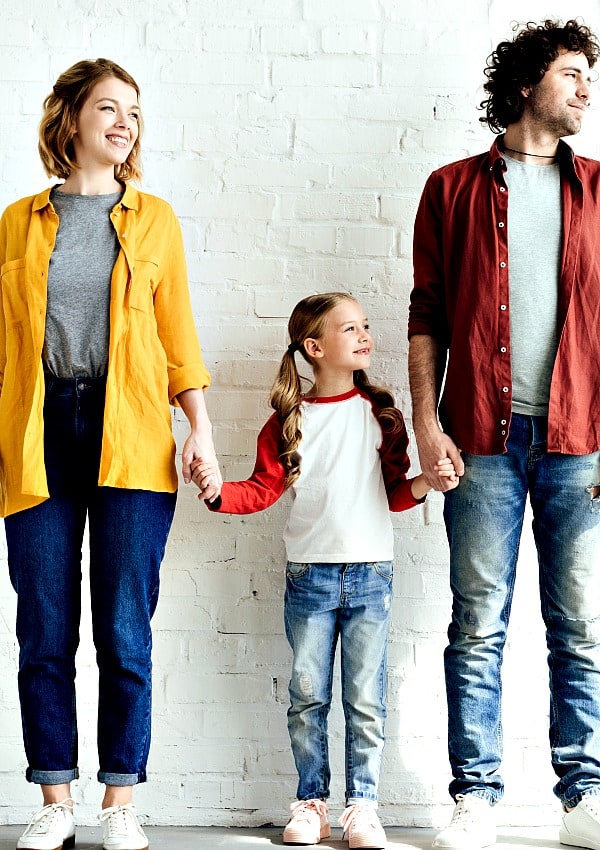 Sometimes the very best advice comes from the most unlikely of places. It’ll rush over you like a warm breeze you weren’t expecting on a chili day, leaving you grateful and recharged! This happened to me recently while listening to a podcast that had nothing to do with parenting, yet offered crazy-powerful wisdom on the…